Word geothermal has its roots in two Greek words, geo (earth) and therme (heat) and means Earth’s heat and in accordance to that Earth’s thermal energy is also called geothermal energy. Inner Earth’s heat is the result of forming planets from dust and gases that happened more than 4 billions years ago, and since radioactive decompose of elements in rocks continuously regenerates this heat, geothermal energy is renewable energy resource. Basic medium that is transferring heat from inner to surface is water or steam, and this component is renewing itself on a way in which water from rains is bursting deep on fissures heating itself and circulates back to surface where it appears in shapes of geysers and hot springs.

Earth’s Crust is from five to 50 kilometers deep and is composed of rocks. Substances from Inner Core are constantly getting on surface through volcanic vents and through leaks on ocean’s bottom. Under Crust is a Mantle that is reaching to a deep of 2900 kilometers and is made of stuff rich with iron and magnesium. Underneath it all are two layers of core-liquid layer and solid layer, located precisely in planet’s core. Radius of the Earth is about 6378 kilometers and nobody knows exactly how Earth’s inner looks like, all that was said before are nothing but scientific presumptions of how the inner of the planet looks. These presumptions are based on experiments taken in conditions of high pressure and huge temperatures.

By dropping deeper through the Crust temperature rises approximately about 17 °C to 30 °C by every kilometer deeper (50 – 87 °F every one mile deeper). Under the crust there is Mantle that is composed of partly melted rocks and temperature of this layer is between 650 and 1250 °C (1200 – 2280 °F). In Earth’s core temperatures could be according to some estimations between 4000 and 7000 °C (7200 – 12600 °F). Since heat is always transferring from hotter to colder parts, heat from inner Earth gets transferred to surface and this heat transfer is the major mover of tectonic plates. On places where tectonic plates are connected, leaking of magma to upper layers is possible and this magma then gets cooled creating in process new layer of the Earth’s crust. When magma gets to surface it can create volcanoes, but in most cases stays beyond surface making huge reservoirs and here it’s cooled in the process that lasts from 5000 to one million years. Areas underneath which these magma pools can be found have high temperature gradient which means that temperature rises very fast as the depth increases and these areas are therefore highly favorable for exploit of the geothermal energy.

Geothermal energy has huge potential because its quantity is 50000 times bigger from all energy that can be gained from oil and coal across the world. Geothermal resources are located from shallow surface all the way to couple of kilometers deep reservoirs of hot water and steam which could be brought to surface and there exploited. In nature geothermal energy is mostly in the form of volcanoes, hot water springs or wells and geysers. In some countries geothermal energy is being used for millenniums in form of baths and recreational-sanative bathing. However, progress in science didn’t stop only in exploring healing effects of geothermal energy and has pushed use of geothermal energy in many different ways of which two take special place, namely its use in producing the electricity and its use in heating the households and industrial installments. Uses of geothermal energy for central heating of the buildings and for generating electricity are the main ways of its exploration, but not the only ones. Geothermal energy can be also used in many other ways and it’s used for pasteurizing milk, paper manufacturing, in swimming pools, drying timber and wool, animal husbandry etc.

One of the most interesting forms of exploiting geothermal energy is production of electrical energy. Hot water and steam from Earth is used for initiation of generators and in this process there’s no combustion of fossil fuels and as a result there’s no harmful emissions of gases to the atmosphere, only water steam gets released. Additional advantage is that these power stations can be implemented in variety of different surroundings from farms, sensitive desert areas all the way to recreational-forrest areas.

Beginnings of exploiting the Earth’s heat for generating electrical energy are connected with small Italian place Landarello and the year 1904. This year marks beginning of experiments with this form of electricity production after steam was used for propulsion of the small turbine which charged five light bulbs and this experiment is considered to be first use of geothermal energy for electrical energy consumption. There in year 1911 building of first geothermal power station begun with power of 250 KW. That was the only geothermal power station in the world for almost half a century. Working principle is simple, cold water gets pumped on hot granite rocks near the surface and out comes hot steam to 200+ °C and under high pressure that steam then starts generators. All Landarello’s installments had been destroyed in Second World War, then rebuilt and expanded and even today in use. This installment even today produces electricity for about million of households, namely almost 5000 GWh yearly gets produced, which is about 10 % of the world’s electricity production from geothermal resources. Although geothermal energy is renewable energy resource, pressure of the steam in Landarello decreased for 30 % from year 1950.

Momentarily are in use three basic types of geothermal power stations:

Principle that will be used when building new power stations depends of type of geothermal energy resource, namely of temperature, depth and quality of water and steam in chosen region. In all cases condensed steam and geothermal liquid’s remains are returning back to well increasing the endurance of geothermal resource.

USE OF GEOTHERMAL ENERGY FOR OTHER PURPOSES

There is another wide specter of geothermal energy’s use but there’s no need to explaining it all on detailed way. Some other exploits are for instance fish breeding, different types of industrial use, balneology – use for recreation and healing (hot springs bathing), etc.

Since estimated total amount of geothermal energy that could be used is significantly bigger than the total quantity of energy resources based on oil, coal and natural gas all together, geothermal energy should be having more significant impact. Especially since it’s cheap, renewable energy resource that is also ecologically acceptable. But since geothermal energy isn’t easily available on all areas, at least areas where this energy is easy available should be exploited (edges of tectonic plates) because this could soften the pressure on fossil fuels helping Earth to recover from dangerous greenhouse gases. 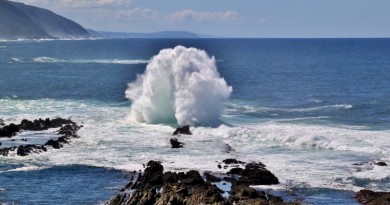