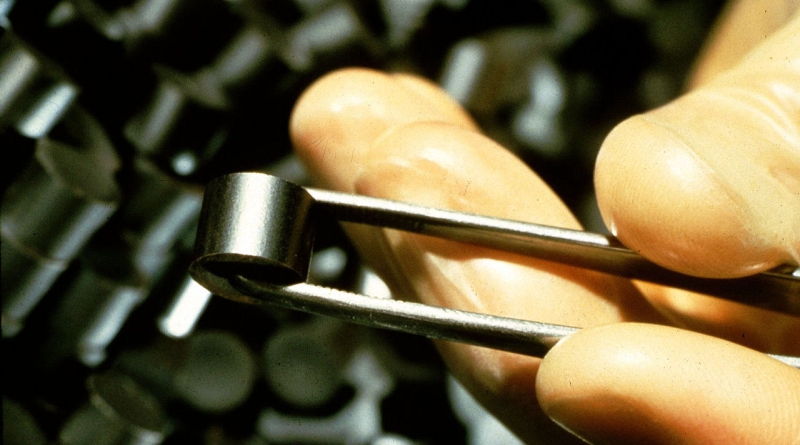 The recent Fukushima nuclear accident has left a huge void in nuclear energy development because nuclear power plants are deemed unsafe by many people, and many governments have been looking for other, „safer“ solutions. However, there is some hope for nuclear energy industry as the newest exploratory research on revolutionary new types of nuclear fuel pellets that would be safer in the event of a nuclear disaster has yielded promising results.

The scientists from the University of Tennessee and Oak Ridge National Laboratory will present their work at the AVS 60th International Symposium and Exhibition in Long Beach, California. What they have been doing is investigating new materials that could be used to encase uranium-bearing fuel as an alternative to zirconium alloys, which have been used as the outer layer of nuclear fuel pellets for the last 50 years. With the help of sophisticated computer analyses, the researchers were able to identify the positive impact of several different materials that exhibit resistance to high-temperature oxidation and failure, on reactor core evolution. What this means is that by using these materials nuclear power plants would be actually buying more time to cope in the event of a nuclear accident.

As scientists report there is evidence that some of the new materials would reduce the oxidation by at least two orders of magnitude which would really be a game changer for nuclear power plants. So far the researchers have examined materials such as advanced steels, coated molybdenum and nuclear-grade silicon carbide composites (SiC fibers embedded in a SiC matrix).

Howewer, the scientists are yet to build actual fuel pins from these laboratory-tested materials and further test them by exposing them to irradiation inside a fission reactor. Only then will be known with certainty whether they are able to perform as desired. These new fuel concepts would likely be tested in a limited capacity in commercial reactors before being able to offer larger deployment possibilities. Of course, it would take years before any new fuel concepts are widely used commercially, given the rigorous and conservative qualification steps required, as needed to ensure maximum safety regulation standards. However, with little luck these new materials could eventually replace the existing zirconium alloy cladding

FUKUSHIMA ACCIDENT AND THE SEARCH FOR SAFER NUCLEAR POWER PLANTS

The working principle in each nuclear plant starts with fission. The typical core of a nuclear power plant uses the heat generated by fission of uranium and plutonium in fuel rods to heat and then pressurize water. This generates steam that is utilized to drive steam turbines for electricity production. In this process the water is continuously used as a coolant to harness the heat from the fuel and to keep the core from overheating.

Many nuclear energy experts agree that the cooling pumps are a critical part of the reactor design. This is because even when a nuclear reactor is shut down, the power it generates from radioactive decay of fission products remains at one percent of its peak for hours after shutdown. Since nuclear power plants generate vast sum of energy under their nominal operating conditions (approximately 4 GW of thermal energy), even one percent power levels after shutdown can prove substantial. Because of this it is of vital importance to have the cool water circulating continuously even after the shutdown occurs. Otherwise there is a chance of overheating and ultimately melting the core which can lead to nuclear disaster.

The similar story happened with Fukushima nuclear power plant on March 11, 2011 where engineers at the plant managed to initially safely shut down the plant following a massive earthquake, which proved inadequate because large tsunami knocked out the backup generators running the water pumps an hour later. The aftermaths were well known, namely the explosions associated with hydrogen generated from the reduction of steam during high temperature oxidation of core materials, and releases of radioactive fission products. The major consequences of this nuclear accident were displacement of the local population and long and expensive cleaning up of affected area in years to come.

Fukushima has had a devastating impact on global nuclear energy development. Despite the fact that not a single U.S. nuclear power plant was found to be unsafe or shut down in the wake of the accident, the Nuclear Regulatory Commission has issued a number of new requirements to enhance their safety, including increasing the requirements for backup power generation on site, all in wake of Fukushima accident.

Under this new legislation the U.S. nuclear plants are required to have enough onsite electrical battery capacity to keep their pumps going full tilt for 24 hours in the event of a total power failure while prior to Fukushima accident, plants were only required to have 8 hours of battery power with additional portable power sources. Luckily, the negative impact of Fukushima nuclear accident has also contributed to new research into other ways of increasing safety, including the above mentioned search for new ways to construct fuel pellets that could replace existing ones and survive longer in the case of an accident.

WHAT EXACTLY ARE NUCLEAR FUEL PELLETS?

Nuclear fuel pellets are compounds consisting of center and outside shell where in most world’s nuclear reactors, the center contains a brittle uranium blend, and the solid outside shell is made of a metallic alloy containing the element zirconium.

Why Zirconium alloy? Mainly because of its many desirable properties, most notably low neutron absorption, which means that this type of alloy does not interfere with the nuclear fission. Zirconium alloy has become so reliable over the past decade that U.S. reactors typically run almost all the time and only shut down for a couple weeks once every two years or so to reshuffle and replace old fuel and for routine maintenance.

This means that zirconium alloy is great technology that works almost flawlessly under normal operating conditions. But in the event if the water pumps fail, and the core overheats zirconium alloy may not prove enough because this type of cladding is susceptible to oxidation and rupture, which can further increase the pressure on the safety systems for the nuclear reactor and push it over the cliff earlier. The new research showed that changing the cladding may help make the fuel pins survive longer and another major advantage of this approach is that it would allow nuclear plants to achieve greater safety without making major capital investments to modify the mechanical operations of the plant. As researchers report it would only require operators to swap out the old fuel pellets for new ones when they shut down the plant for routine refueling, which they do now every two years or so.

Whether the trick to make nuclear energy safer lies in fuel pellets or not, really doesn’t make that much difference, as long as future nuclear power accidents could be prevented. Nuclear fuel pellets from new material look promising but there is still a long way to go before promising technology becomes commercial, with many different obstacles in the way. Since world still requires nuclear to fill its share of power demand, the global nuclear energy industry needs newer and safer solutions, because one more accident like Fukushima and nuclear energy could soon end up being abandoned by the large portion of the developed world.