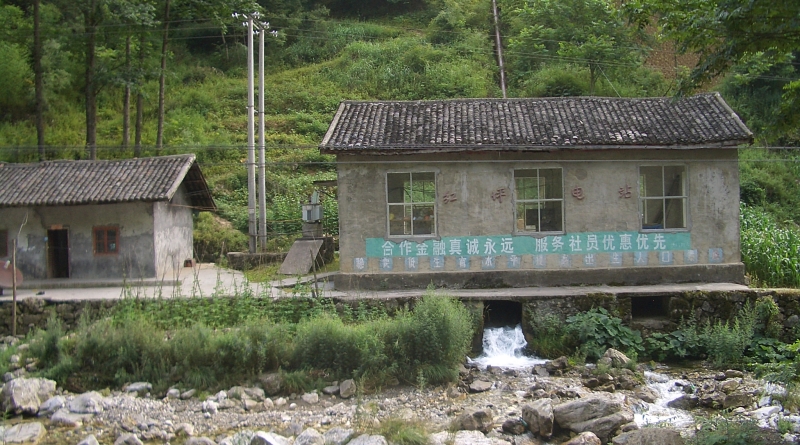 Small hydro is facility which converts potential energy of the water into the kinetic energy in form of water current, then into mechanical energy spinning of the turbines, and finally in the end, electrical energy in the generator. In the last few years world trends in energy have shifted towards renewable energy sources, and because of this small hydroelectrics are becoming increasingly popular. Small hydroelectrics are believed to have zero impact on environment unlike big hydroelectric plants that cause big damage to nearby ecosystems, have negative influence on soil, cause flooding, increase methane emissions, and overall emissions connected with the building and transport process. The huge amounts of water in pipelines of drinking water are logical choice as the potential source of energy. Given the fact that the flow through pipelines exists by the water pump site, especially at the part of the pipeline near the well, water store and pump site, where the flow of the water through the pipes is mostly achieved by the gravitational force, setting up the turbine and the supportive electric generators does not disrupt the drinking water supply, and in the same time produces electrical energy. Hydropower technology, which is considered as the renewable energy source is today technically not only most known but also most developed on global level, with the very high level of efficiency. 22 percent of world’s electricity generation comes from the small and big hydro power plants.

Term „small hydro” can be viewed from many different points of view, and differs from country to country, depending on its standards, hydrological, meteorological, topographic and morphologic characteristics of the location as well as about the level of technological development and economic standard. The difference between hydropower plants and small hydroelectrics is mainly in installed power. The boundary power that separates small from big hydroelectrics differs from country to country. Some states like Portugal, Spain, Ireland, Greece, and Belgium have accepted 10 MW as the top capacity for small hydro systems. In Italy top power is 3 MW, Sweden 1.5 MW, France 8 MW, India 15 MW, and China 25 MW. It has to be said that standard of 10 MW as the top output power is becoming something like a general standard in Europe, and this was also accepted by the European Small Hydroelectrics Association (ESHA), as well as European Commission. Small hydroelectrics present the combination of advantages coming from producing electricity from the energy of hydro potential and decentralized generation of electricity; while in the same time do not show negative impact on environment like big hydro power plants do.

In comparison with large hydro power plants here are some of the advantages of small hydroelectrics:

Action water turbines – In Action water turbines pressure at the entrance of the rotor is the same as the pressure at its exit because all the potential energy gets transferred into kinetic energy in one place, namely the stator (nozzle) of the turbine. The rotation force is here the result of only changes in amount of the motion because of the rotation of the stream in the working wheel.

In order for hydroelectric to be referred as the small hydro, with the goal of protecting the environment, the term small hydro needs to have the proper categorization of energy objects that harness the hydro potential, and in the same time have these following properties:

These principles and categorization are of extreme importance to follow when projecting small hydro. By doing so, the negative impact on environment is reduced to minimum.

Small hydro cannot afford the building of huge reservoirs or accumulations for water accumulation and then use it in the most convenient time. The price of building the large dam would be too high, and economically unacceptable. But if the accumulation is already built for different purposes such as protection from flooding, irrigation, collecting the water for large cities, recreational areas, etc, it is possible to produce electricity by using the already existing drainage or using the natural flow of the reservoir (accumulation).

If the dam is not too big then a siphon conduit can be built. Integrated siphon conduit enables the elegant design of the facility, most frequently to 10 meters in height, and for facility to 1000 kW, although there are facilities with siphon conduit with the installed power output to 11 MW (Sweden), and height up to 35.5 m (USA).

There are two designs of small hydro that use the irrigation duct:

Small hydro installed into the system of water supply

The drinking water is transferred to the city from the elevated reservoir through pressurized pipeline. Usually, in these types of installation the dissipation of energy on the lower end of the pipeline is weakened with the help of special exhaust valves at the entrance in facility for water purification. Locating turbine at the end of the pipeline to convert already lost energy into electricity is very neat option if water surge is avoided. Constant water supply requires the installation of system of bypass exhaust valves. In some water supply units turbine has exhaust into the open pool or lake. The control system maintains the level of water in the pool. In the case of mechanical failure, or when turbine shuts down, the system of bypass exhaust valves can also maintain the level of water in pool. If by any chance main exhaust valve malfunctions per-pressure appears this opens up the auxiliary exhaust valves. These control systems are even more complex in systems where the turbine’s exit is exposed to the counterpressure from water network.

Each energy facility, except production of energy, also uses energy for its own work. These costs are called running costs. With water supply systems in the pipelines the hydraulic power is manifested by increase in pressure which is counter parted by the attenuating elements which consume energy. Attenuation of the pressure can also be achieved by setting up the turbines at the adequate places in the pipeline, and with it is possible to get share of energy needed for driving the pumps. If it is possible to get the extra energy that energy can be further exploited or sell, which minimizes the running costs of the facility and as economic bonus gets the useful energy.

Generally speaking, large hydroelectric power plants have certain difficulties in competing with the conventional generation, but small hydro, especially very small hydroelectrics and the ones with low flow can compete normally with fossil fuels and nuclear energy. The initial costs are high but the running costs are extremely small since there is no fuel needed to run the facility. The needed capital for small hydro depends on effective fall, water flow, geological and geographic characteristics, gear (turbine, generators) and construction works, and also about the continuity of the flow. Using already build dams, barriers, reservoirs and lakes can significantly decrease not only costs but also environmental impact. Power plants with small fall and large flow demand higher capital costs because construction work and turbine mechanization must withstand larger flow of the water.

One GWh of electricity produced in small hydro means:

Though they do not influence the water streams like large hydroelectrics do, they still influence the local flora and fauna (migration of fish, downstream quality of water). In order to reduce this negative impact some measures can be done such as:

SMALL HYDRO AROUND THE GLOBE

Asia, especially China has become the leader in the production of hydroelectric energy. Today’s development in Australia and New Zealand is focused mainly on small hydroelectrics. Canada, country with the long tradition of using hydroelectricity develops small hydro plants as the replacement for diesel power plants located in distant areas that are not connected to the central grid. The markets like South America, former Soviet Union and Africa also have huge but still unused potential. In 2000 the world installed output of small hydroelectrics was around 37GW. In 2005 alone there was increase of 8% compared to 2004, and then it was 66 GW, which presents the increase of 78% compared to 2000. More than 50% of this capacity was installed in China (35.8 GW), followed by Japan with 3.5 GW and US with 3 GW. Still, this number is very small in comparison with world primary power consumption of 15 TW, at only 0.5 %, while it accounts for 5.12% of the produced electricity on global level (data from 2006). 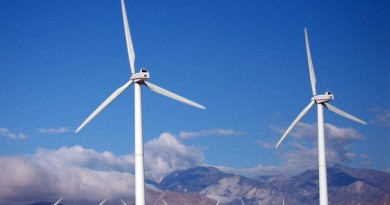