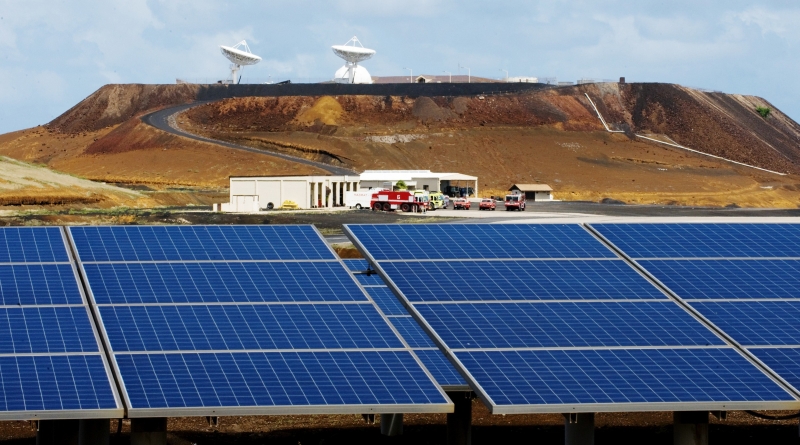 Sun is ours closest star and directly or indirectly source of almost all available energy on Earth. Sun’s energy originates from nuclear fusion in its core, where temperature reaches 15 millions °C. Nuclear fusion is process of joining two light atoms into one heavier atom. Sum of all masses before reaction is larger than sum of all masses after reaction – difference is transformed into energy by famous Einstein’s equation E=mc². On Sun, light atoms are hydrogen atoms (input) and resulting atom is helium atom (output). Thanks to nuclear fusion on Sun, every second about 600 million tons of hydrogen is transformed into helium, having 4 million tons of hydrogen transformed into energy as side effect. This energy in form of light and heat spreads itself into the universe with one small part of that energy reaching the Earth.

Nuclear fusion on Sun is about five billion years old, which is estimated age of the Sun, and considering available hydrogen stocks it is calculated to last approximately next five billion years. Although Sun’s energy makes other energy sources possible, in this chapter we will concentrate strictly on direct use of solar energy. Under optimal conditions, on earth’s surface can be gained 1 kW/m², and real value depends upon location, season, day time, weather conditions, etc. On map that shows insolation level is clearly visible that Europe is not located on best place for exploitation, but despite of that direct use of solar energy in constantly increasing in Europe. This is mostly result of some countries politics, which are subsidizing installment of elements which are transforming solar energy in to a usable form of energy. General problems of using this energy are small energy flow, huge oscillations of radiation intensity and large investment costs.

Basic principles of solar energy direct use are:

Solar collectors transform solar energy into water’s thermal energy (or some other liquid). Heating water systems can be open in which water that should be heated goes directly through a roof collector, or closed, where collectors are filled with liquid that do not freeze (for instance anti-freeze). Closed systems can be used everywhere, even in areas of temperatures below zero. During day time, if the weather is good, water can be heated only in collectors. If weather is not good, collectors help in heating of the water therefore decreasing electricity consumption. Solar collectors are very useful also for pool water heating. In that case temperature of the water is very low and it is simplier to maintain temperature using open heating systems. In that way optimal temperature is maintained couple of weeks longer in one year than without heating water system. There are also collectors which directly heat the air. Those systems circulate the air through collectors and transfer large part of energy onto the air. Later, that air returns itself to a heated chamber maintaining the chamber’s temperature. Combining air heating and water heating, lots of money can be saved.

European Union has constant increase of systems that are heating water and chambers. In year 2000 first time ever limit of million m² newly installed sun collectors was surpassed (1046140 m² of sun collectors were installed). Germany and Austria are leaders in using the solar energy for heating purposes. German Campaign that promotes solar energy “Solar Na Klar”, shows big efficiency. In year 2001 900 000 m² was installed, and in year 2000 615 000 m² (+46.3%). Germany alone in year 2000 installed more than 60% of whole Europe’s systems. European’s Union plan is to install till the year 2010 100 millions m². Momentary predictions are showing that about 80 millions m² systems will be installed until the year 2010.

Photovoltaic are semi-conductor elements which are directly transforming solar energy to an electrical energy. Cheaper units with formless silicon have efficiency of 10%, up to a 25% for more expensive units. That is still economically unprofitable because its price is about 6000 $/kW. On the right picture is shown principle of manufacturing photovoltaic. Photovoltaic can be used as independent energy sources or as supplementary energy sources. As independent energy source it is used on satellites, traffic signs, calculators and distant objects that are demanding long-lasting energy source. Sun’s radiation power is much stronger in space because Earth’s atmosphere absorbs large proportion of radiation resulting in larger gained energy. As supplementary energy source photovoltaic can be connected to electrical network, but for time being this is not profitable.

First person who started to observe photovoltaic effect was Henri Becquerel in 1839, and in beginning of the 20th century this effect was object of many researches. Only Nobel price that won Albert Einstein was for his work in researching the solar energy. In 1954 in Bell Labs, USA first photovoltaic cell which generated useable quantity of electrical energy was presented, and in 1958 began its installation in commercial applications (especially for space programs).

Momentary growth of photovoltaic power in European Union is 40% each year. That only looks to be a large growth, but in fact those are very small amounts, so growth of 40% doesn’t effect particularly to general representation of that energy sources. European Union had installed 183.5 MWp in year 2000, which is 43,6% more than in 1999. In that area also, Germany leads the way with 113.8 MWp (including 100 MWp connected to electrical network). That is all reached thanks to a German Renewable Sources Law. According to that law repurchasing photovoltaic energy’s price is 0.5 € for kWh for first 350 MWp. Europeans Union’s plan is installation of 3000 MWp until the year 2010, but momentary predictions predict only about 1780 installations till that year.

Concentrating solar power is used for large generators installation or heating installations. Concentrating can be achieved by using many lenses or more often with help of mirrors compounded in to a dish or Power Tower configuration. Power tower configurations are using computer controlled mirror’s field for focusing sun radiation to a central tower, which then turns the main generator on. Till this date demonstration systems with output power above 10 MW have been designed. Those new systems have also possibility of night work as well as bad weather work in a way of storing hot liquid in very efficient container (some sort of thermo bottle). Dish systems are observing Sun’s movement focusing on that way its radiation. There is also “Trough” system of concentrating solar power, which can be very efficient. Such power plants can be very strong: California has installed one with power of 354 MW. When there’s not enough solar energy, systems that are concentrating solar power can be without bigger problems easily converted on natural gas or some other energy source. That is possible because Sun is used for heating the liquid, and if there’s no sun liquid is heated on some other way. Problem when concentrating solar power is large space required for power plant to be built, but that can be solved for instance by building power plant in desert. Deserts also have far more expressed sun’s radiation than any other areas. Major problem as well is price of mirrors and concentrating solar power systems. 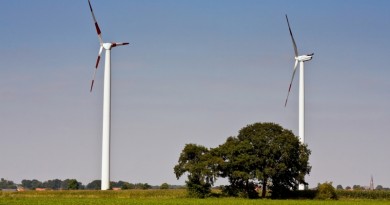