Global warming article wouldn’t be complete without mentioning global dimming. Global dimming is gradual decrease of the sun’s radiation quantity that comes to Earth’s surface, and is the result of tiny particles’ increased quantity that had come to atmosphere by human activities (combustion of different fuels). Independent researches in Israel and Holland showed that amount of the radiation which reach to the surface have decrease by average of 2-3% each decade, and in certain areas even bigger decrease. When scientists started global dimming phenomenon researches they weren’t able to find any cause responsible for such drastically decrease in sun’s radiation that reaches earth’s surface. Especially since quantity of particles that went into the atmosphere as the result of fossil fuels combustion wasn’t sufficient for such large consequences. Their further researches showed that these particles aren’t blocking sun radiation on level required to cause global dimming.

Global dimming is result of interaction of these particles with clouds and water that reside in atmosphere, and that combination acts like big mirror for Sun’s radiation, mirroring the Sun’s radiation back to universe. To understand why these additional particles increase reflectivity of clouds first we must know the conditions required for creation of rain. To put it simply, in normal conditions clouds are made of water steam and tiny particles called aerosols that are invisible to human eye. When these conditions become adequate small particles of water are starting to gather on these particles and once they’re big enough rain starts to fall. The problem that actually causes the global dimming is increased quantity of aerosols in the atmosphere since small water particles have then much more particles on which they can gather and this results in much more tiny particles in the cloud than it’s natural in normal conditions. These drops of water are now reflecting sun radiation back to space with much more efficiency because there is same quantity of water now spread in more of these particles.

Rich countries have many different laws and regulations that have purpose in limiting the emission of particles when burning fuels and because of this global dimming effect started its decrease in Europe and America and somewhere about 1990 there was increase in quantity of sun radiation that gets to surface. The problem concerning global dimming lies in developing countries like China and India that are now having the same process as it was in Europe and North America in 70s and 80s, when there was big industrialization with no real efforts to protect the environment. This past global dimming didn’t seriously affect Europe and North America, but it did strike the poorest countries in Africa. Because of the decreased ocean vaporization, monsoon rain zone that has season movement from south to north and back, didn’t came in these years north enough and caused the hunger in Sub-Saharan Africa. This part of the world is specific since rain falls only once in one year, in monsoon season and disappearance of these monsoon rains destroyed crops and the cattle hadn’t survived either. Once western countries, because of the new regulations started decreasing amount of released particles into the atmosphere, monsoon rains returned to their normal condition that was before this crisis. This example also shows how fast certain problem can be solved if there is enough effort (although West countries weren’t solving the problem in Africa, but acid rain problem in Europe and North America).

What is the relation between global warming and global dimming? Answer to this question was in fact discovered accidentally in the days after WTC disaster in USA, where after the 11th November all civil air traffic was stopped and industry wasn’t fully operational too. These couple of days had interesting phenomenon in form of the clearer sky and the temperature difference between the hottest and the coldest part of the day increased by one Celsius degree, making nights colder and days hotter. Additional researches pointed the conclusion that global dimming in fact moderates global warming effect and that global warming and global dimming are two opposite effects and current state favors global warming because of increase in average temperatures on Earth. Logical conclusion from this would be that if we could increase emissions of tiny particles into the atmosphere we could solve the global warming problem without reducing the greenhouse gases emission. This is in fact true, but side effects of the tiny articles emission are acid rains and health problem. But not only that, this also wouldn’t be ethical since this would be once again causing the problem of monsoon rains in Africa causing another hunger in Sub-Saharan Africa. 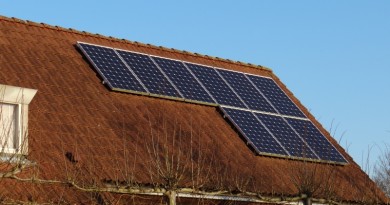