On February 16, 2010, US President Barack Obama announced more than $8 billion of federal loan guarantees to begin building the first US nuclear power stations after more than 30 years. New nuclear expansion will start with the construction and operation of two new 1100 MW Westinghouse AP1000 nuclear reactors which are to be constructed as a unit 3 and unit 4 of an existing nuclear power plant Vogtle in Burke County, Georgia. Two new plants will be constructed by US electricity firm Southern Company and it is expected to cost $14 billion to build. The company said the new reactors could be online by 2016 and are expected to provide 2200MW of low carbon power.

Once both reactors are up and running they will be capable of serving around 550,000 homes. President Obama said the plant will safely produce enough clean energy to offset 30 million barrels of oil or the equivalent of taking 3.5 million cars off the road. Obama also said the project would create “thousands of construction jobs over eight years and then hundreds of well-paid jobs” when the facilities become operational. Southern Company said the work would create about 3,000 construction jobs and 850 people would subsequently be permanently employed when the reactors became operational.

New nuclear reactors are raising great concerns of environmentalists and some politicians who are primarily worried about the nuclear waste disposal in United States. In the 2011 budget proposal President Barack Obama’s administration proposed terminating of the Yucca Mountain project. For more than two decades, Yucca Mountain was planned as the long-term storage facility for highly radioactive nuclear waste such as spent nuclear fuels from whole US. Governor Mark Sanford is ready to engage in legal action against President Barack Obama over Obama’s decision to ditch the plan to permanently store thousands of tons of nuclear waste in Nevada’s Yucca Mountain facility. For now, high-level nuclear waste is stored at 80 sites around the nation, typically at nuclear power plants or places such as the federal Savannah River Site in Aiken County, where more than 3,600 tons of nuclear waste is stored. 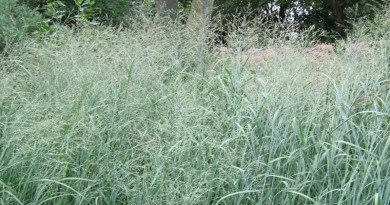