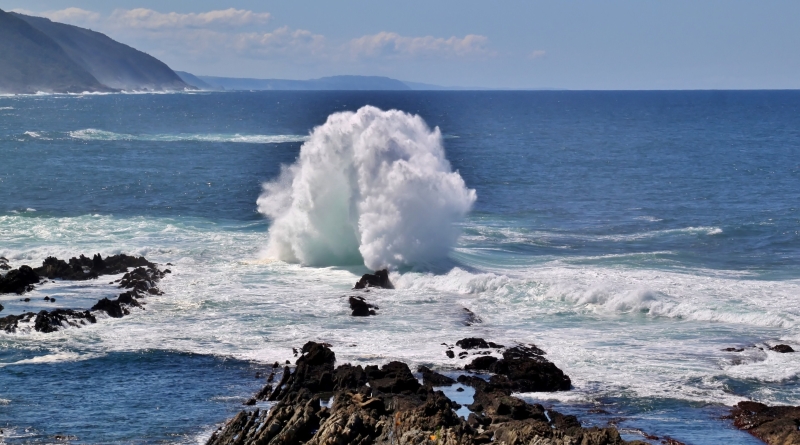 World has come to the point where it needs more energy than ever before as energy demand grows rapidly on global scale. But not only does the world need energy, but it also needs energy gained from renewable and ecologically acceptable fuels that doesn’t cause major ecological problems such as global warming and air pollution. Ocean energy could well be one of these new renewable energy sources and should really play more significant role in upcoming years.

Oceans cover more than 70% of Earth’s surface and they therefore present interesting energy source that may with time provide us with energy to power our households and industrial facilities. At this moment ocean energy is renewable energy source very rarely used as there are only few ocean energy power plants and most of these power plants are also very small so energy gained form oceans is literally negligible on global scale. But future should put more attention to this renewable energy source and there should be significant increase in produced energy, especially with more attention to renewable energy sector. There are three basic types that allow us to use ocean for its energy. We can use the waves (wave energy, wave power), ocean tidal power (ocean high and low tides), and we can even use temperature differences in the water to create an energy (Ocean Thermal Energy Conversion, OTEC).

Ocean wave energy is form of the kinetic energy that exists in the moving waves of the ocean since waves are caused by blowing winds over the surface of the ocean. This energy can be used to power a turbine and there are many areas in the world where wind blows with sufficient consistency to provide continues waves. There is tremendous energy in wave power which gives this energy source gigantic energy potential. Wave energy is captured directly from surface waves or from different pressure fluctuations between the surfaces. This energy can then be used to power a turbine and the simple and mostly used working principle of this procedure would be as follows: First the wave raises into a chamber and then the rising water forces the air out of the chamber and the moving air spins a turbine which then turns a generator.

The main problem with wave energy is the fact that this energy source isn’t the same in all parts of the world, since it varies significantly from place to place. This is the reason why wave energy can’t be exploited in all parts of the world but there are many researches that work on solutions of how to solve this variability problem. However, there are still many rich wave power areas in the world like the western coasts of Scotland, northern Canada, southern Africa, Australia, and the northwestern coasts of the United States, all with high potential for wave power exploitation. There are many different technologies to capture wave power but very few of these technologies is commercial enough to be fully used. Wave technologies are not only installed near shore and offshore but already also in far offshore locations and the emphasis of new research projects such as “The OCS Alternative Energy Programmatic EIS” is particularly on offshore and far offshore wave technologies where offshore systems are located in deep water, on depths passing even 40 meters.

Majority of wave energy technologies are still oriented to installations at or near the water surface, and the main difference between these technologies is their orientation to the waves with which they are interacting with and in their working principle in which they convert the energy of the waves into desired energy forms. Among most popular wave energy technologies are terminator devices, point absorbers, attenuators, and overtopping devices. Terminator devices such as oscillating water column are typically onshore or near shore and have working principle that extend perpendicular to the direction of wave travel and capture or reflect the power of the wave and then the captured water column moves up and down like a piston, forcing the air through an opening connected to a turbine. Point absorbers are different type of wave technology that involves floating structures with components that move relative to each other because of wave action and energy gets produced as this movement drives electromechanical or hydraulic energy converters. Attenuators are also floating structures that are oriented parallel to the direction of the waves and where differing heights of waves along the length of the device causes flexing on the place where the segments connect, and this flexing is connected to hydraulic pumps or other converters for its transformation to energy.

Overtopping devices have different working principle and they are basically reservoirs filled by incoming waves to levels above the average surrounding ocean, and after the water gets released gravity causes it to fall back toward the ocean surface and this energy of falling water is then used to turn hydro turbines. While there is definitely undisputed high potential of wave energy there are certain aspects that also need to be considered such as environmental problems as these technologies can influence marine habitat as there is potential danger of toxic releases into sea in form of hydraulic fluids, noise generation above and below water surface, changes in the seafloor, etc.

Another type of ocean energy is tidal energy since when tides comes into the shore, they can be trapped in reservoirs behind dams. Tidal power is actually a form of hydropower that exploits the movement of water caused by tidal currents or the rise and fall in sea levels. Tidal energy is produced thanks to the use of tidal energy generators which are large underwater turbines placed in areas with high tidal movements, and designed to capture the kinetic motion of the ebbing and surging of ocean tides in order to produce electricity. Tidal power has enormous potential for future electricity generation because of the massive size of the oceans.

The potential of tidal power has been recognized for very long time (small dams were built along oceans since 11th century). However, compared to river dams, tidal-power projects are much more expensive, since massive structures must be built in a difficult saltwater environment. Cost effectiveness is actually a main reason why tidal power hasn’t yet found its place among top used renewable energy sources despite its huge potential. Tidal power in order to function at sufficient level needs very large increases in tides, of at least 16 feet between low tide to high tide and this is the main reason why there aren’t many areas on Earth that meet these demands. However one of these areas is definitely La Rance Station in France, the largest tidal power station in the world (also the only one in Europe) is in the Rance estuary in northern France that provides enough energy to satisfy demands of 240,000 homes in France. Capacity of this tidal power plant is approximately one fifth of a regular nuclear or coal-powered plant. Main problem of all tidal power plants is the fact that they can only generate when the tide is flowing in our out, which counts for only 10 hours per day. However there is also advantage that tides are totally predictable, so we can plan to have other power stations generating at those times when the tidal station is out of action, which is something that can’t be done with certain other renewable energy resources (wind energy).

Tidal energy has many advantages (it is renewable energy source since tides will continue to ebb and flow and it produces no greenhouse gases or any waste, it needs no fuel in order to work, since tides are totally predictable it can produce electricity reliably and once built it’s not expensive to maintain), but there are also some negative sides as well. Cost effectiveness is still very serious issue since building one of these power plants requires a very vide area and this also brings some environmental problems since it completely changes environment in this area and affects life of many ecosystems, especially for birds that rely on the tide uncovering the mud flats so that they can found food. There is also the already mentioned fact of limited working time of only about 10 hours, when tide is actually moving.

Ocean Thermal Energy Conversion is method for generating electricity that uses the temperature difference that exists between deep and shallow waters since the water gets colder the deeper you go. If there is bigger temperature difference, there is the greater efficiency of this method, and minimum temperature difference must be at least 38 degrees Fahrenheit between the warmer surface water and the colder deep ocean water in order for this method to be efficient. This method has very long history that dates from the very beginning of the 19th century and some energy experts believe that if it could become cost-competitive with conventional power technologies, OTEC could produce gigawatts of electrical power. But that still isn’t the case today as Ocean Thermal Energy Conversion power plant requires an expensive, large diameter intake pipe, which is submerged a kilometer or more into the ocean’s depths in order to bring very cold water to the surface and that is of course very expensive. The types of OTEC systems are as follows:

Ocean Thermal Energy Conversion has great potential in generating electricity but there are some other great benefits such as air conditioning and aquaculture. Air conditioning can be produced as byproduct and used cold seawater from an OTEC plant can either chill fresh water in a heat exchanger or flow directly into a cooling system. And there is also aquaculture since cold-water fish species, such as salmon and lobster, thrive in the nutrient-rich, deep seawater from the OTEC process. However there are also some negative sides, especially in cost effectiveness since OTEC power plants require large initial investments and there also some environmental issues that need to be satisfied which can be done with appropriate spacing of OTEC plants. Another factor preventing the commercialization of OTEC is the fact that there are only a few hundred land-based sites in the tropics where deep-ocean water is close enough to shore to make OTEC plants feasible projects. 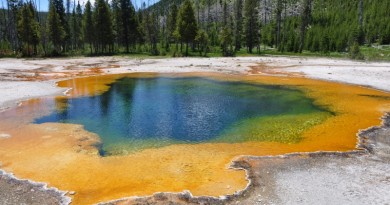 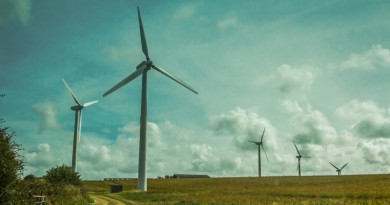